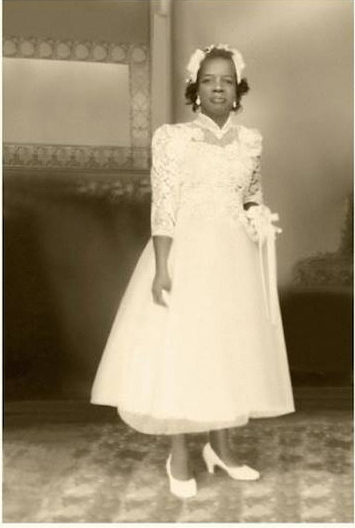 “An Intergenerational Creed: Bringing Light to Where There is Darkness”

Robin Callender lives in Atlanta Georgia. Born in London, England, Robin immigrated to Brooklyn and Queens when he was 12-years-old. The husband of over 20 years and father of two lives by a creed. “Bring light where there is darkness. That’s my creed. The statement under that creed really is to inspire and to be inspired.” Robin does this in his day-to-day interaction with everyone with whom he comes into contact. He does it in his role as a father, husband, son, friend, family member, and soccer coach. He does it in his role as a sales director at an international software company. He also does it in his capacity as a co-founder of a software company called Zero Normal, whose vision is to help people to fulfill on their dreams. “If you’re up to writing a book, developing a movie, writing a play, documenting your family history, musical career, just even education, anything that you’re up to we want an application that will help you, support you, and connect you with other like-minded people to get you to reach those particular dreams and fulfill on them.”

Creating a life that leaves a powerful legacy is in Robin’s DNA. His grandmother, Viola Bobb Waldron emigrated from Guyana in the ‘70s and working as a domestic and home health care worker, she and her husband not only purchased real estate for all of their children, but sponsored numerous individuals from their country. Robin appreciates his grandmother’s strength and that he can trace his own life story through hers. “Her blood is my blood, her genealogy is my genealogy. That’s the strength that I have and that’s the contribution that I can bring to the world is that strength and that rigor. When I talk about bringing light to where there is darkness that is not a nice bedtime story. That takes work. That takes commitment. That takes hard work. That takes struggle. It scares me but it also inspires me as well!” “My grandmother’s creed was her family and that she will make it through no matter what. My creed is very similar. It is that I inspire. So, I inspire my family. I inspire my friends. I inspire people that I know, really to get to their next level. That’s what I’m up to!”

Listen to the interview here: 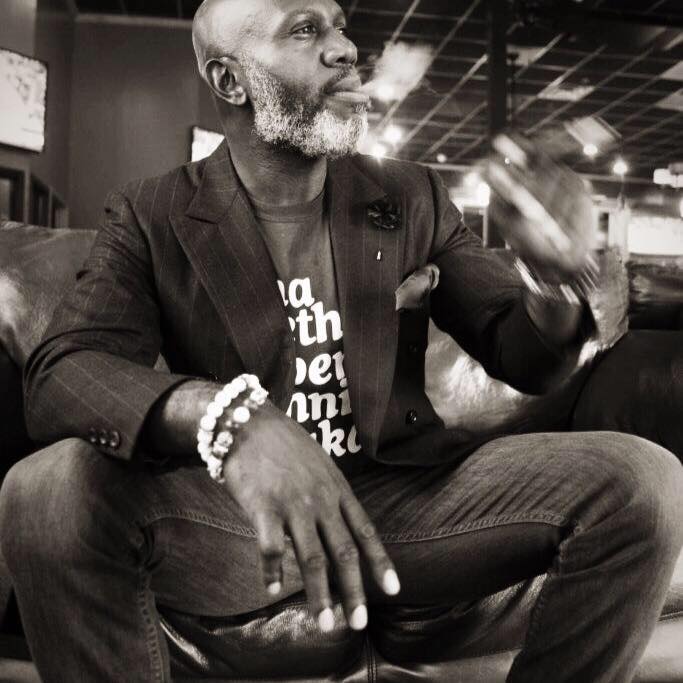 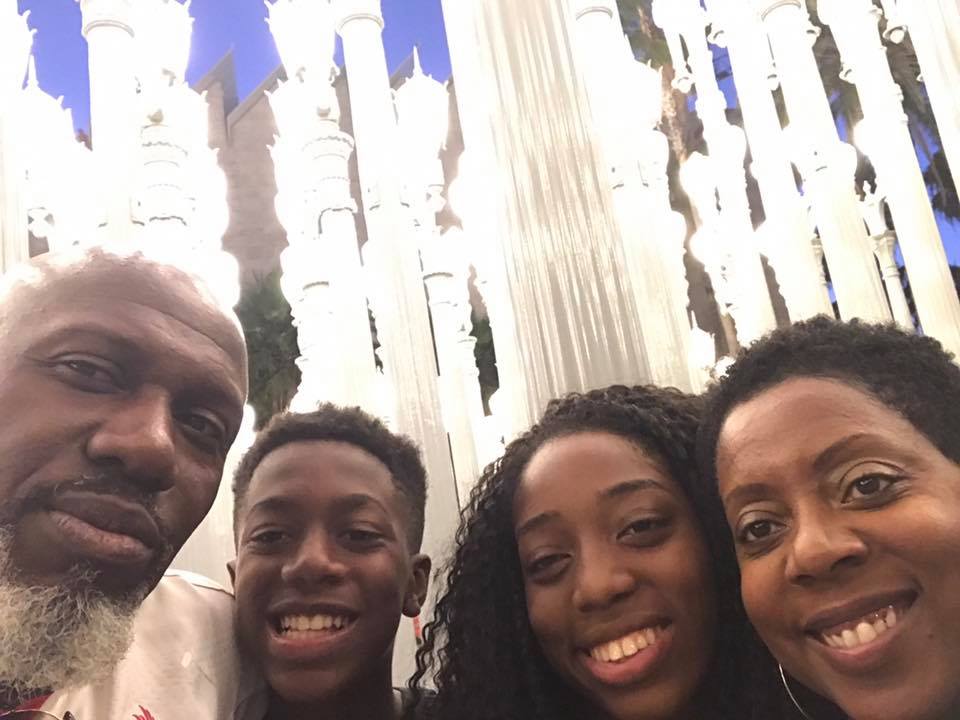 Growing Up With His Grandmother:

Frankly the media’s depiction of grandmothers from my perspective, I’m not saying this is real but from my perspective has been these warm, lovely, cuddly types that give you cookies. Guess what? My grandmother was not that! My grandmother was tough. My grandmother used to chastise me all the time. I recognize her contribution of how tough she had to be …when my grandfather and grandmother moved over to the states they had nothing. What opportunity they had—they were domestic workers, they were home aids, they took care of people. But, in the face of that, they purchased real estate in Brooklyn and left a house for each one of their children, my aunts and my uncles, and my mother. They brought other people from Guyana. She brought like literally 50 or 60 people over to this country, sponsored people and they have all done remarkably well.

When I first moved from England to New York it wasn’t even the most interesting thing but what I observed was every morning, every morning LaShawnDa, this woman prayed without interruption. So, she prayed and she sang a hymn. She always was singing some type of hymn. Never into any modern music, very religious in terms of her faith but it was more than that. It was like she had a deep, spiritual, connection with her faith.

I think that’s how she persevered through a lot. She’s seen a lot of wonderful things in our family. She’s seen also a lot of not so wonderful things in our family. It’s all how you perceive it. Some would say she’s tough and she’s hard and she’s unwielding, but I see it as more as this is what she had to do to overcome and I appreciated that. Or put it this way, the older I get the more I appreciate that. I didn’t get that when I was younger. I really didn’t to be honest with you. But I get it now.

She has dementia so she used to live down here with us in Atlanta and my mother calls me up one time in a panic, she’s like, “I can’t find your grandmother.” I’m like rushing over to the house. They don’t live too far from us. Before I get there I get the call, “We found her.” She had her own apartment in the basement of my parent’s house. She had actually climbed through the window, went into the backyard, was walking down to the street and they said, “Where are you going?” She said, “I’m going to Brooklyn, leave me alone,” [Laughter]. And was like literally fighting the people, like, “Listen do not touch me.” Even though her mind is not what it used to be, her spirit will carry that woman through even when the mind is not there. She’s just got that indomitable spirit.

She’s an amazing woman. Right now because of her dementia she really doesn’t recognize people but she’s … It’s so funny and I will tell you this story. She still has that connection to her family. The reason why I say that is my son is 11 now and when he was I would say 1 we took him to New York to go home and see everybody because that’s where a lot of our family is still in New York and in New Jersey. So, we decided to go see my grandmother. So, I’m holding him in my arm, “Hey grandmother this is my son. This is Zion.” You know what she said which just cracks me up to this day. She said, “Oh, he’s so sweet. Look, he has that Bobb head.” What that means, her maiden man is Bobb and all the men in the family have this real big back head. It’s like, “Yeah, you’ve got that Bobb head.” So, even though she’s got dementia she still knows and still got that connection to that family. It was hilarious.

It sounds cliché but if I can’t accomplish something that’s on me. That means I’m not working hard enough or I’m not creative enough because guess what? If she can do it you better believe grandma will be like, “Yo!” She would literally say, “Get off your ass, what are you doing? Suck it up. I can hear her now.”

When I say she wasn’t the warm and fuzzy type of grandmother I’m telling you I lived with the woman. She’s a little cheap. Like, “Listen, why is that light on?” My kids have no concept of turning off a light.

Listen, if you left the light on she’s like, “You better find your way in the dark to find that’s toothbrush.” [Laughter].

She knew how to make a dollar stretch but also she was an amazing cook. Some of my fondest memories of her was around the holiday season with my aunts and my uncles and the kids around and her making Dhal Puri. If you don’t know what Dhal Puri is, Dhal Puri is like a Roti with seeds in it. Delicious, still love it to this day. And what we call Currant Rolls from Guyana. She made curries. She was an amazing cook.

You know once I think about it, it’s perseverance. I just don’t really think she had a concept of stopping. It was just like not in her DNA to stop. I don’t even know if she realized that but I think the woman would still be working today. I’ve never seen her, until she started getting sick, I’ve never seen her stop, never seen the woman stop. And never seen her not self-expressed. She still will curse me out. The woman she’s like really just no nonsense. She absolutely is no nonsense but will persevere through anything.

She’s just done so much in this life. Thank you for this interview because it allows me to kind of live through some of these memories that I haven’t thought about in years. She took care of my grandfather on my dad’s side when he passed away. She’s taken care of so many people that were sick that needed a place to stay, that needed to be sponsored. It was just like her winning formula literally was, “Yes I will handle it. No matter what you throw at me, what burden you will put on me, it doesn’t matter. I will make a way.”

Talking to my aunts and my mother and my uncles she grew up dirt poor, like dirt poor, like farm dirt poor. She married my grandfather who I think he was a conductor on a railroad. Basically started being a foreman and a manager so he was in terms of Guyanese and what black folks were allowed to do he was actually well off. But, my grandmother was dirt poor.

Grandmother’s Legacy Living Through Him Today:

Her prayer ritual literally was she had a … Wow, you’re bringing me back now so I’m not sure if I will get this exact. But, she literally had a little prayer altar. There literally had to be a white Jesus there, probably. If memory serves me correct there was a Bible and she would read and I’m not sure if it was off her memory or out the Bible but she would read. She wasn’t loud with it. But it was in a real small apartment so of course, you observe. Then she would sing and it would be under her breath, but she would hum to herself, sing to herself a hymn. That would literally be her ritual every single morning.

What’s funny is, thank you for asking that question because I’ve never put that together before because 2016 for me was that’s what I did every morning and now I do it every night—I meditate and I pray. I’ve never put that connection in there before. In this moment I just realized that I’ve never done that before.

That’s what prayer and meditation has done for me. It hasn’t been a religion. It’s been more of a connection. How can I be more connected to something that’s greater than I am so I can bring that to others? 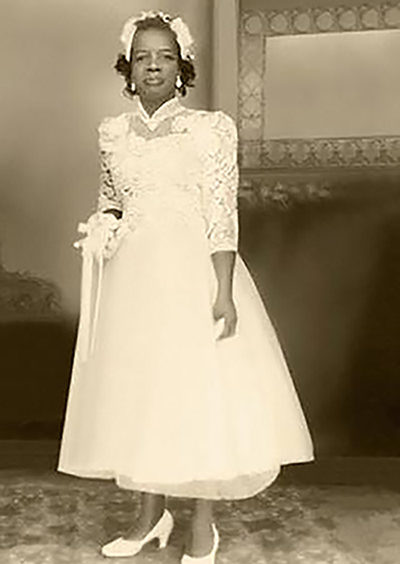