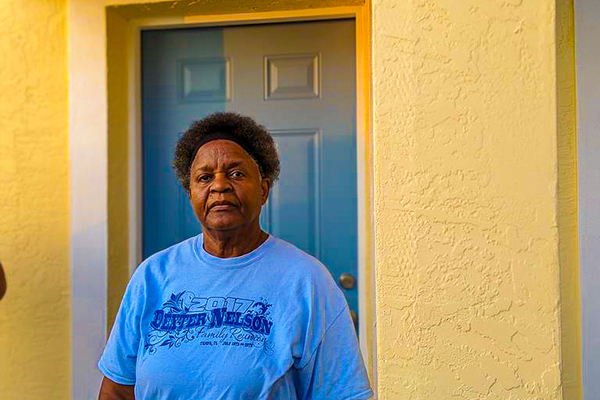 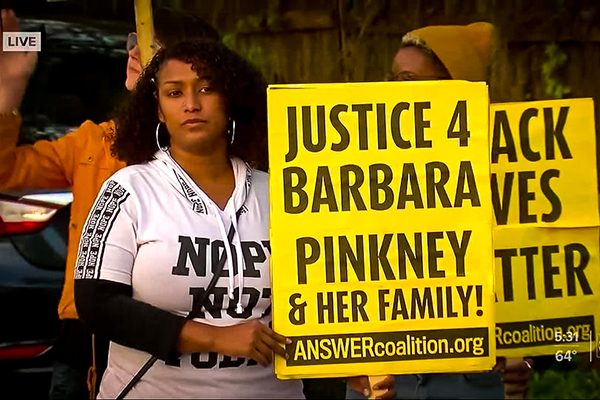 Black grandmothers are more likely than their White counterparts to be victims of police brutality for several reasons: 1) the police are more heavily concentrated in their communities, 2) they may experience racial profiling, and 3) they are more likely to have relatives who live with them that are on probation or parole. According to a 2018 study by Pew, 1 in 23 Black adults in the U.S. is on parole or probation, versus 1 in 81 White adults. And while Blacks make up 13% of the U.S. population, they make up 30% of those on probation or parole. All of these factors bring Black grandmothers into greater contact with the police and increase their risk of experiencing police brutality. In other words, as Black women, their age does not protect them from excessive use of force by police.

As was the case with Barbara Pinkney, a Black grandmother living in Bradenton, Florida. Ms. Pinkney experienced police brutality when Manatee County police surrounded her home in an attempt to find her grandson, Tevin Turner who was on probation. Tevin had served time for the possession and sale of drugs and carrying a concealed firearm. He had broken the terms of his probation by carrying a concealed weapon. Although Tevin didn’t live with his grandmother at the time of the incident, he had provided her address while he was on probation.

When the police arrived at Ms. Pinkney’s doorstep on December 26th, 2019, it was the 70-year-old grandmother’s birthday. Although police report that they knocked on Pinkney’s door, to her it sounded like they kicked it.  She stated, “And we heard a knock at the door.  Well, it was like they kicked the door.  Bam!  Bam!  At the door.”  When she answered the door, the police questioned her about Tevin’s location. Ms. Pinkney told the officers that he wasn’t there. The police told her that they needed to check her home. She refused until they could show her a search warrant.

Florida is one of many states with statutes that give officers the right to enter a building with an arrest warrant, but not a search warrant if there is a belief that a suspect is present. Ms. Pinkney said she didn’t know about the law and refused them from entering her home. The officer gave one more warning: If he came in and found Tevin or if Ms. Pinkney prevented him from coming in, she would be arrested. As deputies pushed the door in, Pinkney blocked it with her left leg while trying to close it. In the video shot by a family member, an officer can be seen grabbing the grandmother by the wrist as she pulled back, and the pop of a stun gun is heard. She screamed. “Then he shot again and again and again, I just hollered and I’m just crying… When I got tased, I hollered. I guess I got scratched and bruised.” Despite clearly being an elderly woman–Ms. Pinkney was tased three times. She divulged, “It was hurting and that’s when I went down. The silver piece went in my arm and it was sticking out… I couldn’t move.”

When Ms. Pinkney’s son, who had walked outside to talk to the officers, tried to come to his mother’s aid he was arrested for obstruction. Ms. Pinkney was charged with two felonies–resisting arrest and battery of an officer. She spent the night in jail, with bail at $1000. Her charges could have been as high as a $6000 fine, six years in prison, and six years on probation. Although Ms. Pinkney hired civil rights attorneys to help her sue the Manatee County Sheriff’s office, the county’s internal investigations found no wrongdoing on behalf of the police officers. Regardless of what the law “allows,” wrestling an elderly woman to the ground and tasing her three times for forbidding entrance into her home is excessive force! Her community agrees and protested against police brutality in her name.

The incident left the grandmother shaken, with her revealing that she was traumatized and couldn’t sleep at night. Ms. Pinkney shared that before that day she never had any problems with law enforcement.  But now, she confessed, “I don’t know.  Whenever I see police I just try not to look at them… he needs to be punished for what he did. Too much force.” 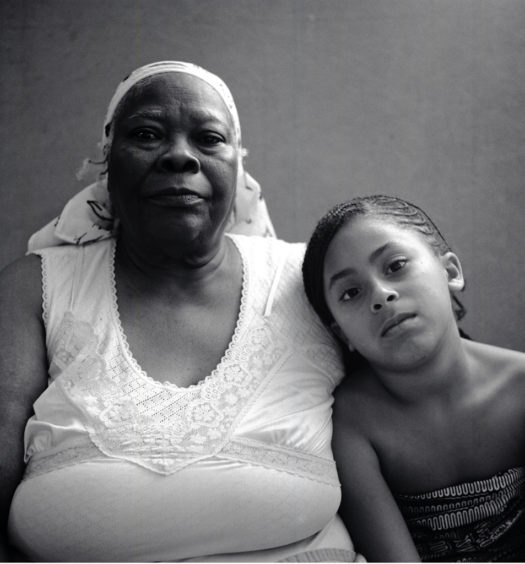 IN THE ARTS: Portrait of Grandmother and Granddaughter

Read More
IN THE ARTS: Portrait of Grandmother and Granddaughter 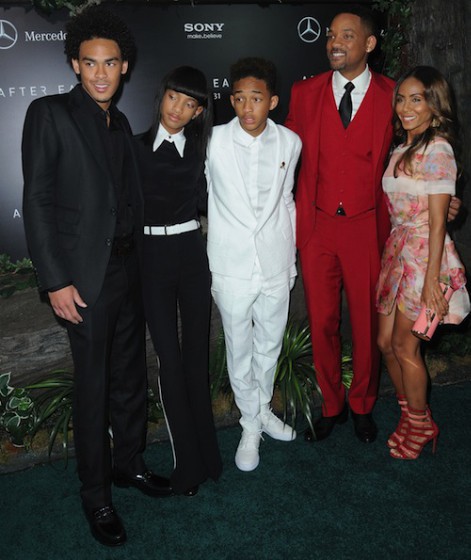 Read More
IN THE ARTS: WILL SMITH
Top