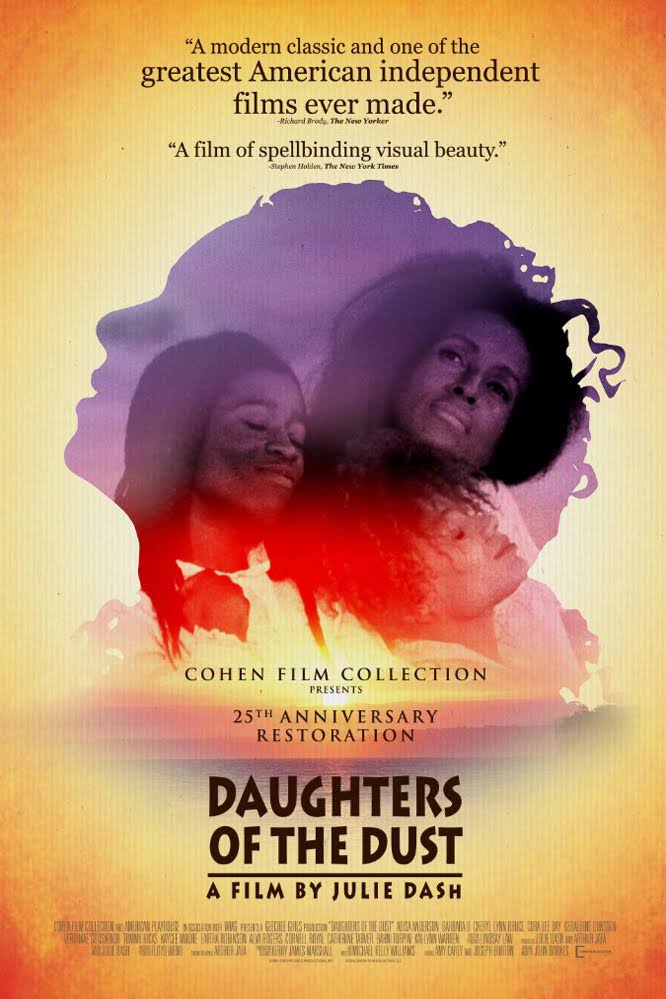 I haven’t watched “Daughters of the Dust” since it came out when I was in college in the early to mid 1990s. Julie Dash’s Daughters captured aspects of the Gullah people living on the Sea Islands off the South Carolina and Georgia coast at the turn of the 20th century.

“More than any other group of Americans descended from West Africans, the Gullahs, through their isolation, were able to maintain African customs and rituals. Cut off from the mainland, except by boat, they had their own patois: predominantly English but with a strong West African intonation. Most of the film’s dialogue is spoken in that dialect, called Geechee, with occasional subtitles in English (Holden 1992).”

The family’s matriarch is Nana Peazant (Cora Lee Day). Nana is an 88-year-old great-grandmother and the clan’s closest link to its Yoruba roots. She still practices ritual magic and grieves over the demise of that tradition. Nana doesn’t want the family to leave the island for the mainland. The film’s major conflict revolves around the tension between her and the others—all with differing views of what it means to maintain family heritage. Nana’s unborn great great-granddaughter narrates this and other tensions, including that her father, Eli (Adisa Anderson) believes the father of his child with Eula (Alva Rogers), is a white rapist.

Even after watching Daughters over 20 years later, I’m still struck by how visually stunning the film is. I am reminded of why it was so revolutionary back then and even now. In addition to dealing with the rape of black women by white men (“The rape of a colored woman is as common as the fish in the sea”), it’s bold discussions of “Saltwater Africans” illegally brought to the Sea Islands long after the importation of African slaves was banned; references to all of the Sea Islands, Sea Island cotton and rice cultivation by slaves; women with their hands permanently dyed blue from making indigo; superstitions; remarks about shameless hussies, heifers; colorism; Spanish moss hanging from trees; made the film stand out and secure its place as one of the most important films about black family life and culture ever made.

Nana receives the chewing tobacco her great-grandson Eli gives her as a gift and talks about staying connected to her deceased husband. She tells him, “It’s up to the living to keep in touch with the dead. Man’s power don’t end with death. We just move on to another place. A place where we go and watch over our living family. Respect your elders. Respect your family. Respect your ancestors.” She tells him not to worry about the child his wife is carrying not belonging to him because his wife was “forced.” Eula was raped by a white man, and Eli is tormented by the suspicion that the baby is the product of that rape, but neither she nor Eli have any recourse, legal or otherwise—the fear of lynching weighs heavily upon Eli, as it does upon the entire family. Nana tells her great-grandson, “The ancestors and the womb are one and the same.” Through a ritual conducted by Nana, Eli eventually realizes that he is the father of the unborn daughter.

“Set on a summer day in 1902, on the eve of their departure, the film depicts an extended family picnic that is also a ritual farewell celebration attended by a photographer (Holden 1992).” As Nana tries to “learn” her grandchildren how to touch their own spirit and take that north with them, she must do so with competing spiritual/religious ideals. Viola Peazant (Cheryl Lynn Bruce), one of the family members who have come to help others migrate, is a devout Baptist who has rejected Nana’s spiritualism. “Haagar (Kaycee Moore), who married into the family, disparages its African heritage as “hoodoo” and eagerly anticipates assimilation into America’s middle class. Yellow Mary (Barbara-O), who has returned for the celebration, is the family pariah, shunned by the other women for being a prostitute (Holden 1992).”

Daughters is a must see- buy or rent it today!

“It was important for the slave theyself to keep the family ties just like the African griot who would hold these records in their heads. The old souls in each family could recollect all the birth, death, marriage, and sale. Those 18th century Africans, they watch us. They keep us. The ancestors.”

“Buzzards don’t circle in the air just for fun. They are here because they came for something.”

“I’m trying to learn you how to touch your own spirit!”

“The ancestor and the womb. They one, they the same”

“The older I get, the closer I get to the ground.”

Holden, Stephen. January 16, 1992. “Review/Film; ‘Daughters Of the Dust’: The Demise Of a Tradition.” The New York Times. http://www.nytimes.com/1992/01/16/movies/review-film-daughters-of-the-dust-the-demise-of-a-tradition.html?mcubz=3 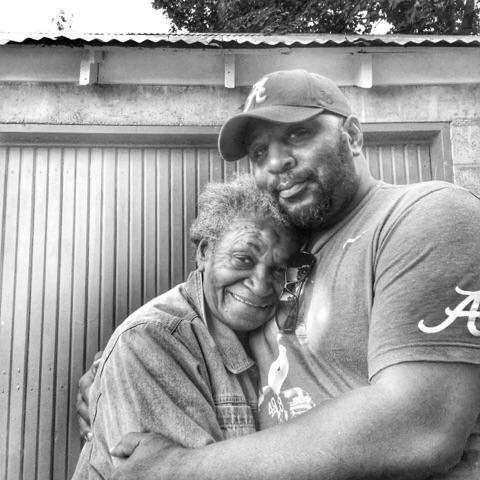 In the Arts: Louise and Henry Evans

Read More
In the Arts: Louise and Henry Evans

In the News: Dashai Morton’s 12th Birthday Wish, From Her Mouth to Gr...